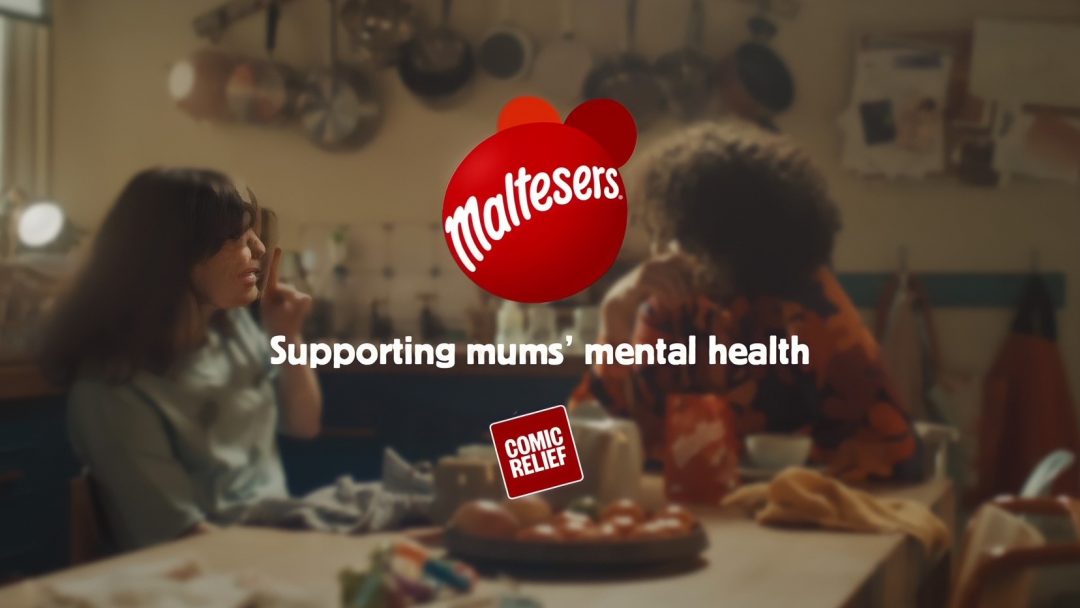 The Maltesers #TheMassiveOverShare campaign has sparked a lot of debate with many of us asking the question… ‘Why Maltesers?’ As a brand that promotes ‘the lighter way to enjoy chocolate’ why do they have the right to start talking about post-natal depression?

It too was my first thought when I heard about the campaign, that is until the content started to fill my Instagram feed. Rather than looking at the influencer posts and cynically wondering how much Maltesers had paid for them, I read the stories and struggles women shared and felt a sense of relief.

I was 4 months pregnant when we were first ordered to stay at home. My pregnancy and the first few months of my daughter’s life were a mix of emotions and at times isolating. Whilst social media became a vital source of support, it also added to the pressure I felt to always be a happy and glowing mum.

But now, thanks to Maltesers, maternal mental health was being brought to the forefront. As a mum I didn’t care that it was Maltesers who started the conversation, I just cared that it was happening.

Don’t be afraid to rip up the rule book.

In this industry, we put a lot of pressure on ourselves to ‘nail’ the creative. The idea must ladder up to the brand values, it must be ownable, it must be original, and it most definitely must not be seen to woke-wash. It is therefore no wonder that when a brand like Maltesers launches a campaign around maternal mental health that we question the motives.

Whilst it has been four years since the Kendall Jenner Pepsi crisis it still serves as a fresh reminder for brands to proceed with caution. But unlike Pepsi wanting to equate its product as a culturally unifying force, Maltesers wasn’t pushing its chocolate as a way to solve PND. Rather it used its platform to facilitate an important conversation. As a consumer, it resonated.

Be a voice, not an echo.

It is no secret that brands will sometimes take a stand purely for PR and marketing purposes. I am sure many of us have responded to those briefs.

But there is a difference between doing something to capitalise on a conversation, versus kick-starting it.

People want brands to take a stand because they understand the power these brands have to drive real change. It’s what a brand chooses to do with that power that makes all the difference.

My colleague wrote a piece last week on Marcus Rashford who last year held the government to account for its support of some of the UK’s poorest children. Marcus used his platform to drive change when authorities and society were failing others. A brand is no different. Just like a celebrity, they have the power, the platform, and the reach to make a difference.

But tapping into societal issues as a campaign tool still comes with a warning.

Talk with people, not at them.

Rather than crafting the message Maltesers harnessed the power of influencers to earn the right. They let the audience do the talking and drive the campaign forward. As a mum, you knew how brave these women were to share their thoughts so publicly. Even the sceptical creative in me knows that they wouldn’t have supported the campaign if these women didn’t believe it was a conversation that needed to be had.

The best stances are deeply personal.

#TheMassiveOverShare shone a light on an issue that had long been overlooked. Maltesers kick-started an unfiltered conversation that all mums could instantly relate to. It worked because they understood the audience and what mattered to them.

Brands that succeed will continue to break barriers and challenge social perceptions, working with consumers to move each other forward.

They say not to judge a man until you have walked a mile in his shoes and perhaps there is something similar to be said here. As a creative I was quick to judge but as a Mum this campaign resonated. Know your audience and know what matters.

According to Maltersers UK, #TheMassiveOverShare is just the start of the brand tackling this issue and more activity is planned around Maternal Health Month in May and throughout the next year.

As both a mum and a creative, I look forward to seeing what they do next.