Tideway was set to finish tunnelling London’s new Super Sewer in May 2022, and wanted to celebrate this engineering feat with a campaign that was befitting of the milestone achievement. The completion of the tunnel represented a promise of preventing millions of tons of sewing from entering the Thames each year, and the campaign needed to not only communicate this message, but also help reconnect Londoners with the River Thames in a way they haven’t been before.

With only a small amount of time to capture the tunnel before it was closed to the public forever, we quickly realised that the acoustics within the tunnel were one of the most distinctive features. By capturing sounds that made the tunnel what it is – the running water, the sounds of the machinery, the reverb throughout – composer Rob Lewis then created a unique composition that utilised these sound samples in an orchestral soundtrack. Titled “Tunnel to Tide”, the musical track was performed live in the tunnel and streamed online. In addition to the live stream, media opportunities were coordinated for the performance, resulting in coverage across broadcast, national, regional and trade titles. 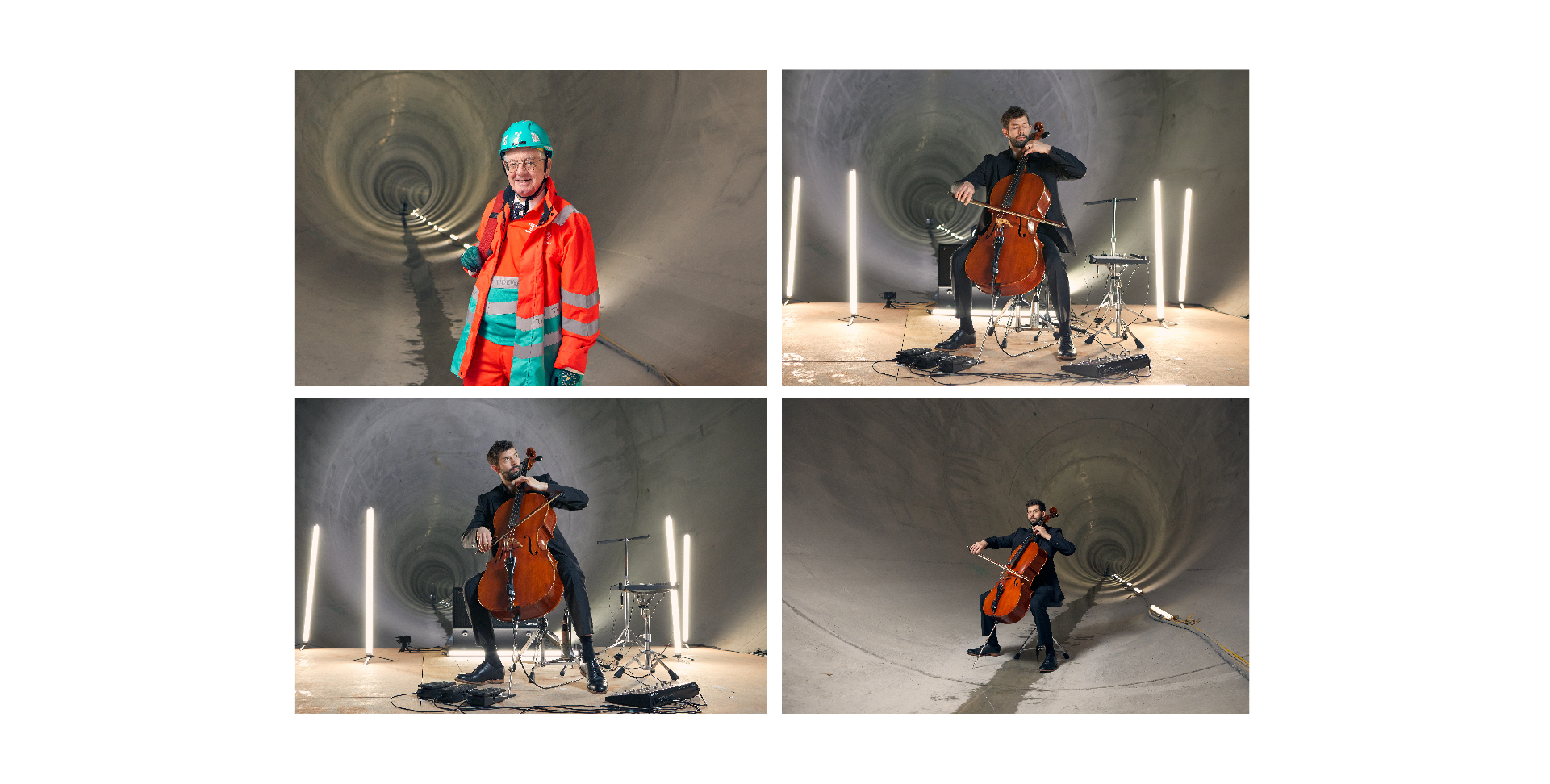 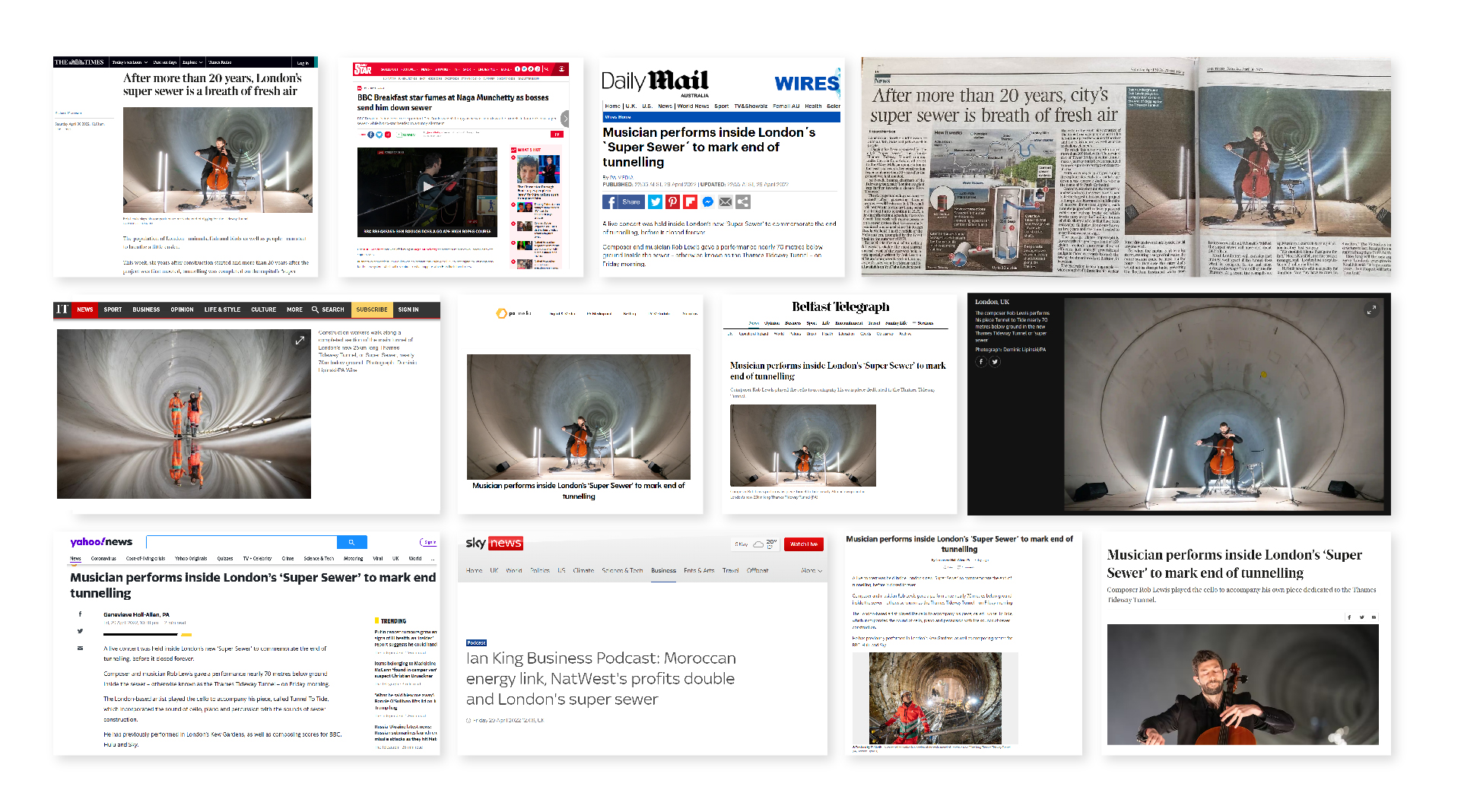 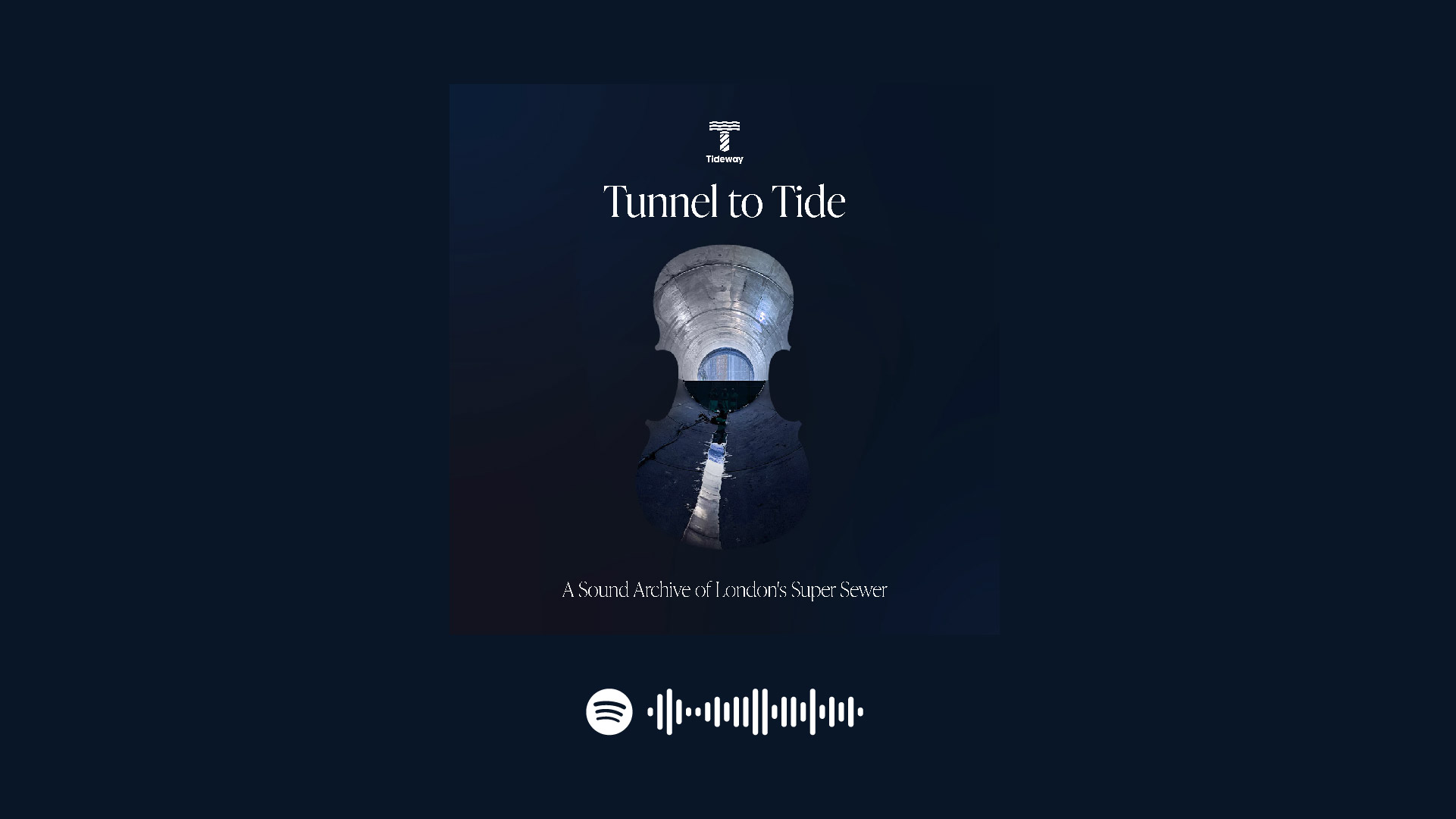 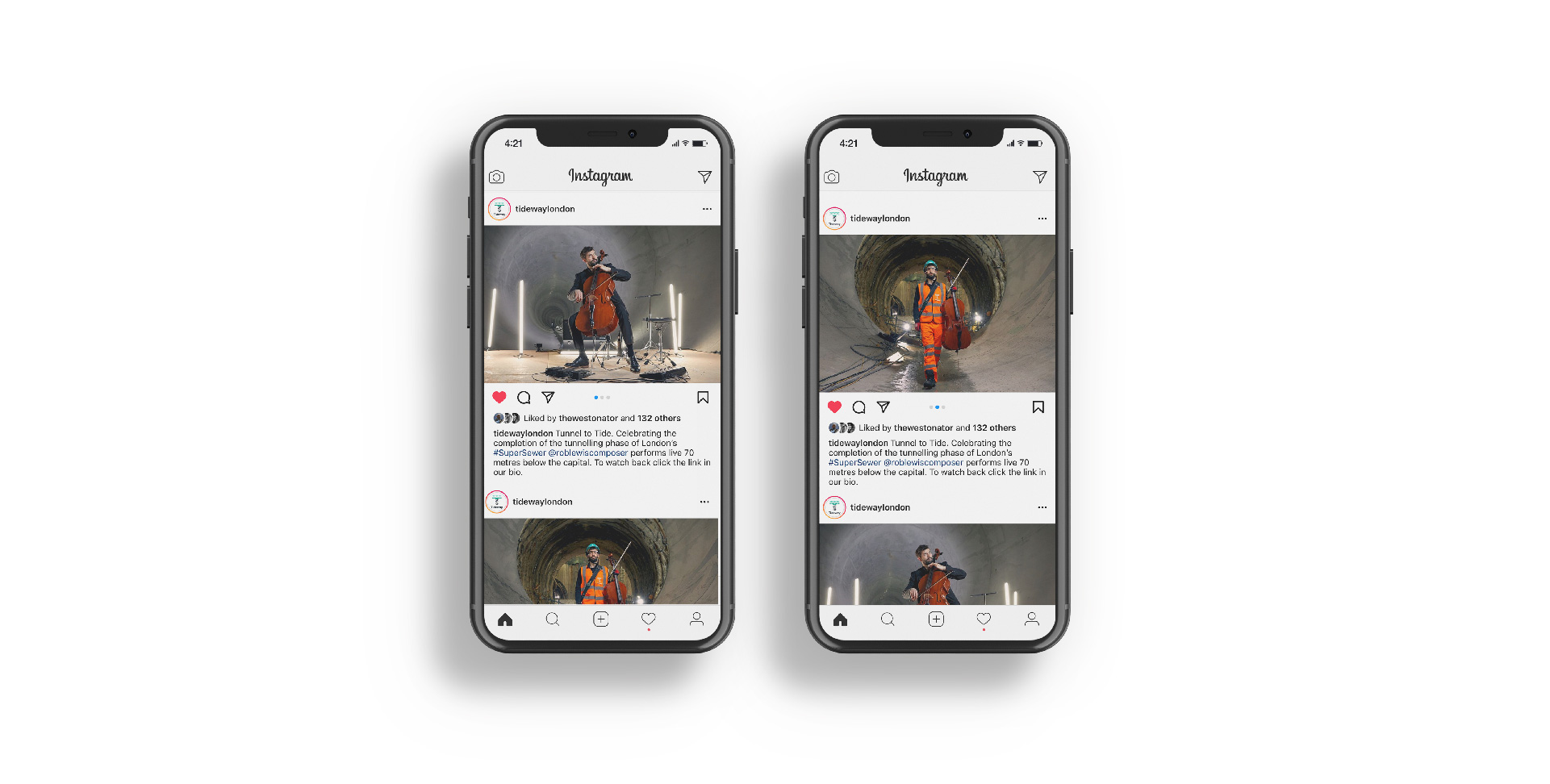 Total views of the performance video