The Rise and Fall (and Rise?) of Clubhouse 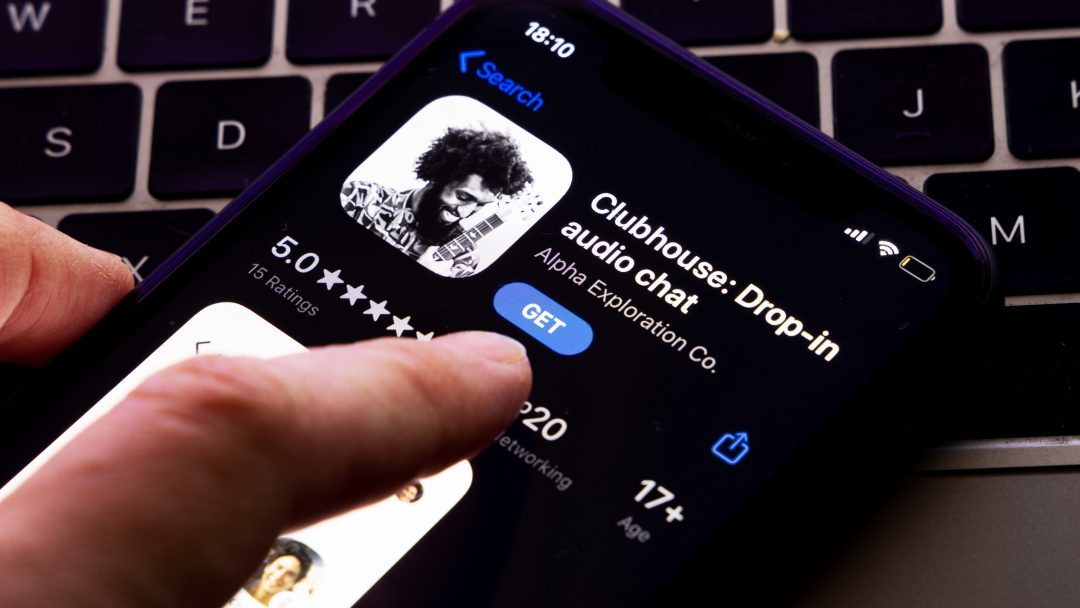 Towards the end of last year, whilst half of the world were still in some form of lockdown, social media platform Clubhouse took to our mobile phone screens with a huge bang. The invitation-only social networking app based on audio-chat allows users to listen in to interviews and discussions between interesting people on various topics.

With the outside world closed, it provided us with a different option to the usual Teams and Zoom discussions, often limited to your immediate circle – giving us a small touch of the real world again.

The added layer of exclusivity led to many people wanting to be part of conversations and on the hunt for an invitation to the app (myself included). For some, it even became a money-making scheme, as people were ready to drop up to $125 for an invite when they heard of the accessibility to people such as Oprah Winfrey and Mark Cuban.

Living up to the buzz.

I already had a sense of what the app would entail from the many discussions on Black Twitter (an informal community largely consisting of African American users on the social network, focused on issues of interest to the black community), and dived into the audio-only apps live discussions, which allow hosts to accommodate thousands of people in one room. When users eventually get access, they can choose to take a back seat as a listener or put themselves front and centre by moderating their very own discussion. For those in-betweeners, there’s a raising hand function to pop in and out of sharing your own thoughts or asking questions.

Once I jumped on Clubhouse, it was so easy to get stuck into a conversation but having it on in the background wasn’t quite the same as listening to your favourite podcast. I found myself engulfed in discussions for hours – particularly all that related to the culture and creativity of Black Twitter. This was anything from relationship woes, to come dine with me (shocking I know) and even speed dating. Clubhouse provided a truly different experience for everyone who found themselves glued to it.

The Clubhouse model had initially been based on exclusivity and expertise and that access to knowledge added excitement – but I quickly noticed that it is opportunistic marketers or those looking for self-promotion, that are the most active on the platform. Eventually the novelty of waiting for an invite or being in a room with a billionaire CEO, speaking on a topic that you could have seen in a self-help YouTube video, began to wear off.

Clubhouse outside of Lockdown.

Having launched in ‘beta-mode’ in September 2020, by March 2021 it had amassed an impressive 12 million downloads. The rapid growth of Clubhouse during the peak of lockdown made it feel as though they had solved a problem but with restrictions now easing, its lack of longevity is becoming more apparent. Fast forward to today and Clubhouse appears to have lost its spark amongst users, as monthly downloads plummeted to 900,000 in April 2021 compared to 9.6 million in February – even with its move to provide android users with access.

It was also rumoured that Twitter wanted to acquire the app and discussed a valuation of $4 billion but Clubhouse declined. Could this have been the beginning of their demise, the start of fierce competition for the next best audio-chatting platform or simply the easing of lockdown that impacted their rising popularity?

Since its launch, the audio-space has continued to grow on more established platforms. This includes Twitter’s introduction to Spaces shortly after their rumoured decline from Clubhouse (payback maybe?). And similarly, Spotify launched their Green Rooms. If the same thing can be found on a platform that people already have an account for, why would new users rush over to make yet another social media account?

Is there a future for Clubhouse?

Despite the notable challenges Clubhouse presents, I believe yes. The platform brings a truly diverse, controlled experience to all users and this has big potential.  It’s one of the very few social media platforms where users can control the content they want to consume, unlike platforms such as Twitter where your eyes immediately land on content you may not have been mentally prepared for.

However, the conversations must feel authentic, otherwise those overselling and marketing on the platform will cause people to lose interest. With the world beginning to open back up again, people no longer have to lock eyes with their screens 24/7 and can have such discussions in the real world.

New ways to engage users also need to be brought to the table, such as the ability to use external microphones, one touch recording, or sending and receiving messages, so as to get people excited and talking about the platform again.

Clubhouse found its niche, very well, very quickly and can do so again. If we take the Boldspace approach and address their Whole World Brand View – it is clear there is a new zeitgeist and emerging wave to be ridden where further changing the face of social media through audio-chatting is most certainly up for grabs.