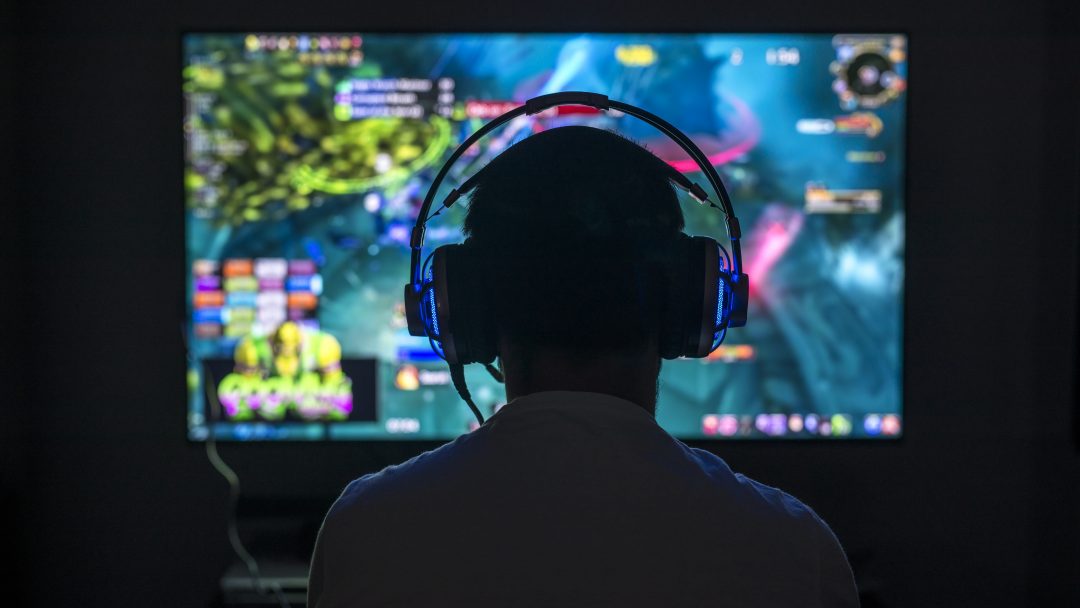 We all had to find ways of escaping during lockdown.

One of mine was gaming.

During those long months I regularly played Rocket League and Fortnite, the kind of highly addictive, super-competitive games that usually had me shouting at my teammates within 10 minutes of starting and wondering why I would put myself through this.

Then there were open-world games that offered me a more peaceful, adventurous escape.

Games like No Man’s Sky, Death Stranding and Subnautica, where I could spend hours planet-hopping or ocean diving to discover a new extraterrestrial plant or animal species whilst trying not to get eaten or mauled.

All of these games might differ in style, content and gameplay but there is one thing that unites them and many other games: they have each given birth to a community of diehard players and inspired a cultural shift.

Which brings me to my point.

The line between gaming and real-life culture hasn’t just blurred. It has disappeared.

Gaming now stands proudly next to all other forms of art, film, theatre and literature as its own pillar of cultural influence.

I’m going to touch lightly on Fortnite’s effect on culture because (according to my daughter) it’s soooo last year. But there’s no denying it – this game has had a MASSIVE effect on culture. From victory royale dances that spilt their way onto YouTube and TikTok to the seamless incorporation of characters from other entertainment properties into its narrative (like last season’s Mandolorian thanks to a Disney partnership). There have been live gigs played within Fortnite from the likes of Travis Scott, Deadmau5 and most recently Kaskade, whose Rocket League playlist I sadly loved.

With Fortnite it’s easy to feel like you’re experiencing an entire entertainment channel, not just a game.

Then there’s the ongoing relationship between gaming and social media.

Gamers happily flick from one to the next, often while they play. Endless gaming memes nod and wink to those in the know. Call of Duty players shame noobs with in-game footage. Players of various games reimagine what they would like to see in the next update, creating social content that is often as equally polished as the game itself.

There’s a subreddit for No Man’s Sky, where players share their beautiful in-game ‘photography’ like anthropologists sharing their latest expedition snaps. And thanks to the game’s procedurally-generated 18 quintillion planets to discover, the snapshots they share are almost guaranteed to have something you’ve never seen before; a uniquely beautiful look inside someone else’s experience.

If gaming was a country, social media would be its news channel.

Game developers often tune in, engaging with players on forums and social channels, giving players hero status within their communities. Last month, the creator of No Man’s Sky retweeted someone’s in-game creation and the game’s subreddit almost puked on themselves with glee.

Gaming allows players to express themselves – it’s an intrinsic part of their identity.

And I’m taking the perspective of a regular console gamer – in the hardcore, souped-up-tech world of PC gamers, I’m not even considered a real gamer!

The world of Cosplay and gaming constantly collide. A range of character-inspired fashion from the relatively new game Valorant is just hitting social channels now.

Then there is the music.

Gone are the days of cheesy 8-bit music loops and low-grade techno. Now, game developers invite the musicians to do their score, like Hideo Kojima inviting Chvrches to do a theme song for Death Stranding or Austin Wintory’s incredible composition on Journey.

Traditional sport is looking at gaming too.

Football has FIFA. American Football has Madden. During lockdown, out-of-work F1 drivers were getting in on the action, racing in the F1 Esports on Twitch.

And on the subject of streaming platforms, there are thousands of gaming influencers out there, each with their own die-hard fan groups. They are gamer-innovators, constantly reinventing how to play the games, and creating fresh content at high speed. They effortlessly blend sponsorship brands with their latest tricks. They release video tutorials that educate their followers on how to dominate in-game. They are banked by adoring fans who pay for just getting mentioned in the chat.

But the thing I really love about the gaming community is that it’s an inclusive one.

Okay toxic wastelands of first person shooter games aside, gaming really is such a progressive community. LGBT characters are not a new phenomenon in games, and there are many influencers out there actively championing and engaging with LGBT issues on their channels. Developers are putting mechanisms in place to fight racism and toxicity within games. People from all kinds of places and backgrounds have top bants on Rocket League. Things are moving forward.

It gives me a lot of hope for the future of gaming, as a positive part of culture that enables the kind of conversations and progressive thinking that might be lacking in other aspects of our lives.

It is a huge, diverse and highly engaged community and culture to be a part of.

And it’s only going to get bigger.

So the next time your client wants to dip their toe in the waters of gaming, ask them something.

How deep do you want to go?